With the rise of smart phones, location-based marketing has become more and more prevalent. It’s unlike any other form of marketing because it targets people based on where they are at any given moment. I know a lot of people who don’t want to be bothered with location-based marketing. They view it as being intrusive and almost creepy. I understand this concern. Getting a text message based on where you are gives you the uncomfortable feeling that someone is watching you. There’s another side to it, though. I wouldn’t mind walking by a McDonald’s and getting a text message for a free small soda or something along those lines.
Location-based marketing can be very effective, but it must be done in the right way. Jason Dempsey from Coremetrics provides a useful guide on how to get started with this strategy. First, he suggests that you register your stores. Although basic, if your store location isn’t accurate, your efforts will fail. Next he says that you should know the landscape. There are several different options for location-based marketing (Foursquare, Gowalla, SCVNGR, etc.) and it’s important to know what the different platforms offer. Lastly, he says it’s important to know what you’re trying to accomplish. As I said, the different platforms offer different incentives so you should know what you want to get out of using location-based marketing. For example, Foursquare is strictly location based, and users can earn badges and discounts by checking-in at different locations. SCVNGR on the other hand, actually gives users challenges based on where they are, like posing with a mannequin or scanning a QR code, making the experience more engaging.
Like Foursquare, SCVNGR lets you check in at different locations by using your smartphone. The difference: SCVNGR gives users challenges based on where they are, and they can earn points by completing certain tasks. One task might be answering a riddle based on your location or taking a picture of something around you. SCVNGR also has time-sensitive games, adding to its appeal. These have included “Help Vince,” a game for the New England Patriots. In Boston, players completed tasks to help Vince Wilfork find his stolen Super Bowl ring. “The goSmithsonian Trek,” took place last July where players visited nine Smithsonian museums for the chance to win an Apple iPad. “Inception,” was based on the film and had unique tasks at the tallest buildings in the 100 largest US cities and at movie theaters.

SCVNGR started up differently than its competitors like Foursquare and Gowalla. After coming up with the idea for a location-based game, the company received $4 million in financing from several venture firms, including Google Ventures. The company decided to focus on the enterprise side of the business before targeting consumers. The target for the platform was large organizations, like the US Army, Princeton University, and retail stores with 20-plus outlets. Clients use SCVNGR’s enterprise tools to create their own games. As for pricing, clients purchase one credit to create one challenge. Originally, SCVNGR only allowed users to play at locations where clients had created tasks. Almost a year ago, the company decided to expand. The mobile app allows any business or individual to create a challenge at no cost. By simply checking in to a location several times, the user unlocks the power to create a challenge. The paying customers need some benefit to keep paying, so for those using the platform at no charge, SCNVGR does not provide as many support tools. The following YouTube video (also found at  www.SCVNGR.com) is a simple tutorial on how to build a challenge.
While checking-in and completing challenges is fun, some people might need more of an incentive to spend time with SCVNGR. When a user checks in somewhere, he or she can choose different challenges to compete in, and is told how many points he or she needs to unlock different rewards. An example of a reward might be a free cup of coffee, or a free burrito from the restaurant they’re at. This is a pretty great incentive in my opinion, because you’re already at the restaurant. If you’re going to be eating there anyway, you may as well take advantage of SCVNGR and get something free out of it. The following YouTube video (also found at www.SCVNGR.com) is a simple tutorial on how to complete challenges and redeem rewards.
SCVNGR is targeting a wide variety of people with this platform. One commonality between these people is that they have a smartphone. On its website, it tells people to play via their iPhones or Androids, and provides information about playing on other platforms. You can do certain things using SMS, and Blackberry will be the next platform that SCVNGR will take advantage of. One thing that comes to my mind is that people who are using SCVNGR need to have some free time. A businessperson on the go may have time to check-in using Foursquare, but probably won’t have time to complete enough SCVNGR challenges to earn a reward. The target market for this application is very broad, because different businesses attract a different sort of audience. Not everyone that uses SCVNGR will be a football fan or someone who visits different Smithsonian museums. People who aren’t interested in these types of activities though might enjoy sitting down at a restaurant for a meal, where challenges can also be completed.
SCVNGR definitely has clear competitors with platforms like Foursquare and Gowalla. The people that use these platforms are most likely to try out SCVNGR. I would say that the audience tends to be younger. Older generations are less likely to want to share their locations with friends, while younger people have been doing this for a while now. The older generations feel that it’s almost an invasion of privacy for their friends and family to know where they are all the time. I can understand this feeling though, especially since this technology is relatively new and they lived most of their lives without it. Younger people are just more comfortable sharing this information, and are more interested in what they can gain, like rewards. Women tend to adopt technologies like this faster than men, and men will follow suit. Not to say that men aren’t a part of the target audience, because some of the challenges are more geared towards men (i.e. sports related challenges). Women just might be easier to convince that SCVNGR is worthwhile, and once they start using it, men will follow their lead. 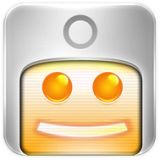 One downside of SCVNGR is that the user-generated challenges could become too much. If multiple challenges have been created for one location, users might not know which one to choose from. Challenges are sorted by popularity, but that puts newer challenges at a disadvantage. Several people have shared their opinions of SCVNGR by rating the iPhone app. Over 2,000 people have rated the current version of the app for an overall rating of three out of five stars. Over 800 people gave it five stars, while just under 800 people gave it only one star. Some users say it’s a good way to kill some time and are really enjoying the app. Others like the concept but think it isn’t executed well. An opinion across the board seems to be that it is more fun if you’re friends are using it too. Curiously, one user was upset that they don’t offer rewards. I’m a little confused about this since I watched a tutorial on how to get and redeem rewards that they offer. The review is fairly recent, so I’m wondering if the app isn’t as easy to navigate as one would hope.
The reviews at this point seem very mixed. Some people are really enjoying SCVNGR and others aren’t seeing what’s so great about it. Perhaps if it becomes more popular, the increase in users will make it more exciting. I think that the idea is pretty cool. I haven’t had the chance to personally experience SCVNGR, but given the opportunity I may try it. That’s saying something since I’m not really into the other location-based services. The app itself is free too, so there isn’t much of a risk to try it out. Location-based marketing is definitely something that businesses can take advantage of, and if SCVNGR gains popularity, it’s a platform they won’t want to pass up.
Sources:
bits.blogs.nytimes.com/2010/05/13/a-new-entry-into-the-world-of-location-based-games/?scp=1&sq=SCVNGR&st=cse

YouTube.com
Posted by Allyson at 10:59 PM